A monument to British, Australian, and New Zealand soldiers who fell in Greece was indeed dedicated at The Field of Mars (Pedion Areos) in Athens by King Paul of the Hellenes. It was an initiative of the Greek-Australia League, formed in Athens on 10th July 1945, and funded by public subscription. On Anzac Day 1950, Consul-General Vrysakis presented the Prime Minister (Sir) Robert Menzies with a small-scale model of the projected monument, made of Pentelic marble – one of the materials used in the construction of the Acropolis .

Menzies himself visited the monument in March 1955. 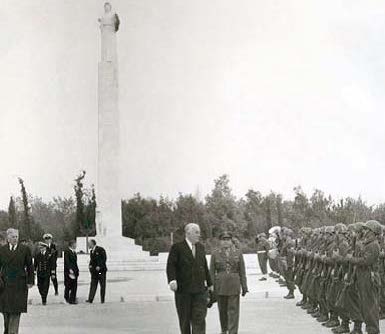 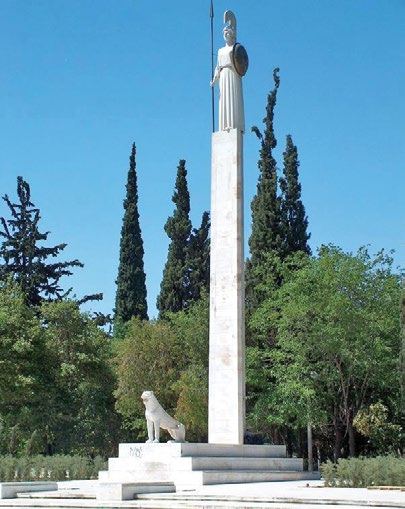