The memorial at Xinon Neron near Florina, Macedonia was the first memorial erected in Greece to commemorate a World War Two battle. It was erected in 1945 by the Greek residents of the area, commemorating this important Anzac battle.

The monument is lined with Australian, New Zealand and Greek flags which rise to honour the Anzacs who fought here to defend Greece. Another war memorial is located in the town of Vevi commemorating the 2/4th Australian Battalion. 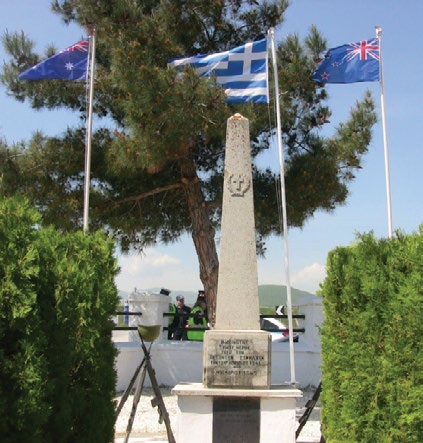