14 March | The Archibald Fountain in Hyde Park was completed by Sculpture Francois Sicard. The figures sculpted in bronze are from Ancient Greece and use mythical theme to express and honour the association forged in war of France and Australia. The work also looks forward to peace. Central to his design was Apollo giving life to all nature. Apollo was surrounded by three groups of figures, the first Diana bringing harmony to the world; the second, Pan watching over the fields and pastures; and the third, Theseus conquering the Minotaur of Crete , symbolic of sacrifice for the common good.

In some ways it also foretold the fighting of the Second Anzac Core in Greece and Crete in 1940-1941. 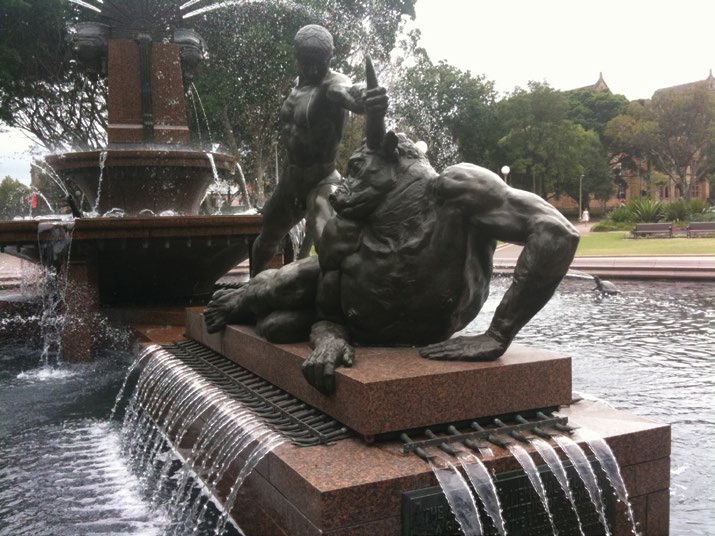 The Archibald Fountain in Hyde Park, Sydney. Theseus conquering the Minotaur of Ancient Crete , symbolic of sacrifice for the common good.