From the mythological times of Jason and the Argonauts and the 1000 plus ship expedition to the Trojan War, as well as a long line of explorers, colonizers, traders and revolutionaries, the sea has always been in the blood of the Greek people.

The remarkable Greek trireme, known for its speed and manoeuvrability, was not only pivotal in defeating the advance of the Eastern invaders into Europe, but was also the catalyst whereby Democracy was extended to the ordinary people, who now found themselves inspired to row for both their freedom and their city-state as free citizens.

At a size of up to 40 metres in length and with a crew of 200, the trireme was twice the length of Columbus's ship the Santa Maria and even longer than Captain Cook's Endeavour.

The legendary past came to the fore during the struggle for Independence which commenced on March 25th, 1821. Since then, this tradition continues. The Hellenic Navy has never surrendered and the Greek merchant fleet has risen to being the largest in the world. And all this from a nation having a population of under 11 million with a further 6 million in the diaspora who also made their way to far off lands by ship.

In March 2017, the Australian National Maritime Museum will be displaying the 4-metre scale model of the Trireme Olympias in its foyer area. It will be on loan from the Hellenic Maritime Museum till late August.

This scale model served as the basis of the 40-metre long replica Olympias Trireme which was constructed in the mid-eighties and which has been sailing the Aegean Archipelago since then. 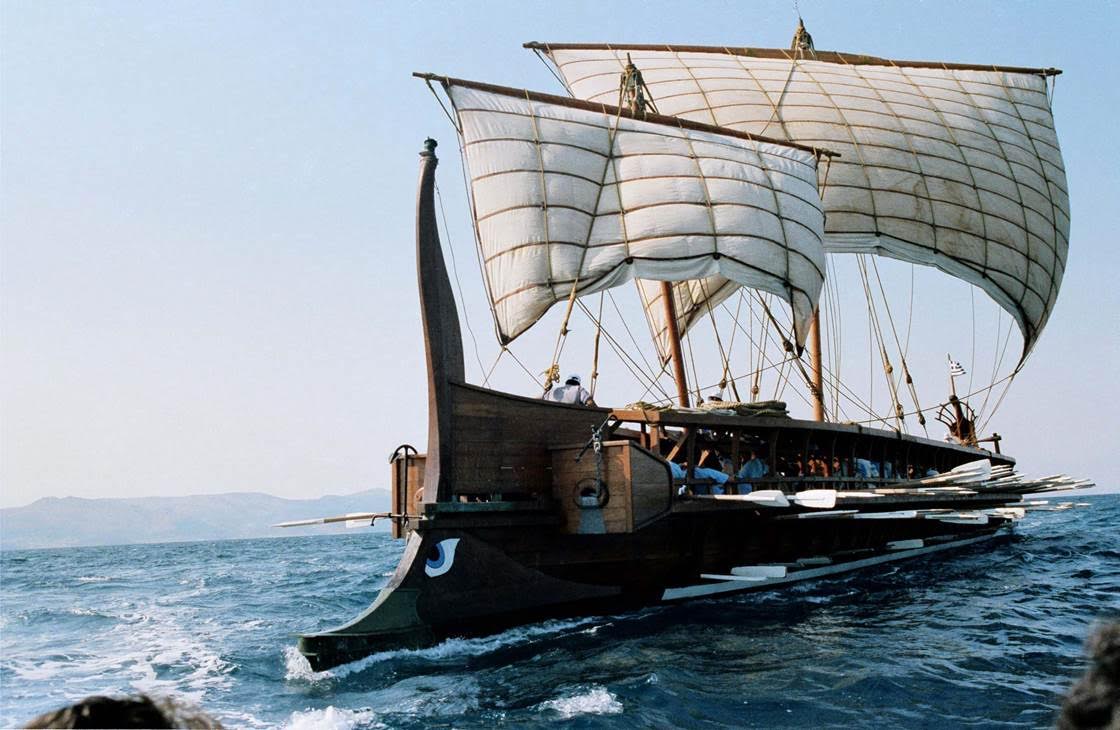