The latest exhibition in George Street’s Light Rail Activation Program space will honour the actions of brave Australians who fought in the Battle of Crete and the Greek Campaign.

The showcase of historical images goes on display tomorrow (16 April 2016)  until Friday 22 April, commemorating the 75th anniversary of the battle.

It features 11 images and stories, provided by the Australian War Memorial, about the events of the battle and the men and women who served alongside Greek soldiers to fight against the German invasions of mainland Greece and Crete in 1941.

Visitors to the outdoor exhibition can view the photographs on George Street, between King and Barrack streets, on three large outdoor cubes.

More than 17,000 Australian men and women served in Greece and Crete to assist with the campaign against Germany and fought a fierce battle that resulted in thousands of causalities and the capture of almost 9,000 troops. Many of these troops evaded enemy forces and were supported by the Greek people who risked their own lives to hide Australian troops for months, and in some cases years.

This battle forged an unbreakable historical and cultural bond between Australia and Greece and the 75th anniversary commemorations will remember the sacrifice and courage of the men and women who served in the Battle of Crete and the Greek campaign.

The Light Rail Activation Program space is on George Street, between Martin Place and King Street, until 18 June 2016 and includes a diverse range of activities and exhibitions for those visiting the Sydney CBD. 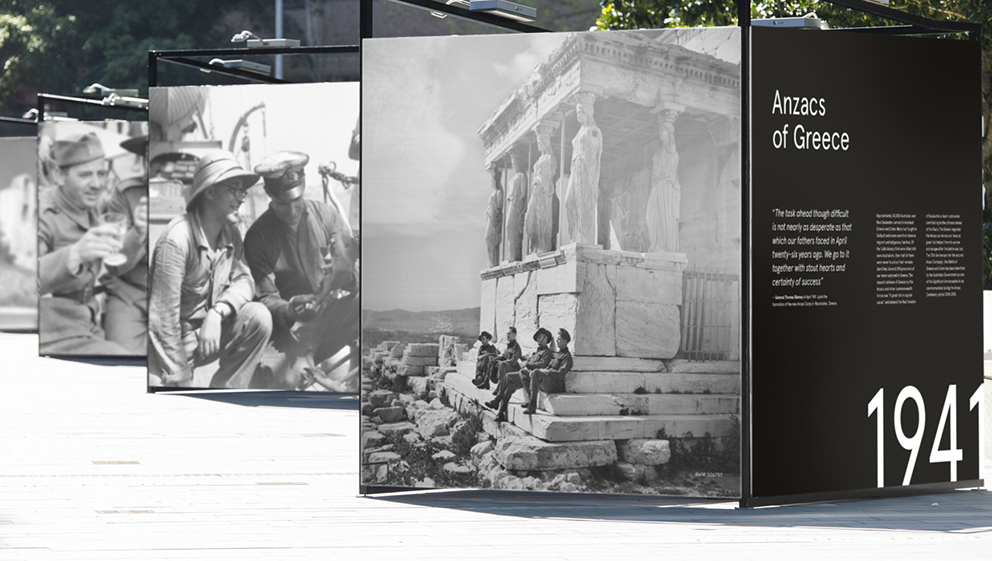