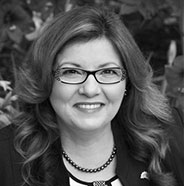 Dr Maria Hill is a military historian and an expert on the Greek and Crete campaigns. She has an Honours, Masters and PhD in History from the University of New South Wales. Her PhD study was undertaken at the Australian Defence Force Academy @ UNSW.

Maria is the first Australian historian of Greek descent to write about these campaigns, which has ensured that a Greek perspective has been included in a narrative that often ignores Australia’s Greek allies. Her book Diggers and Greeks was shortlisted for 2010 Queensland Premier’s Literary Awards.

Her research interests centre on coalition/allied relations, particularly those of Australia and its allies, especially those of another culture, during a time of war, with a focus on the importance of “cultural intelligence” in war. Her current research project is on Australia , Greece and the First World War, specifically the Salonika campaign of 1915 and Lemnos Island.