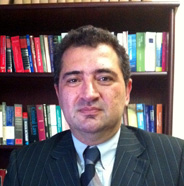 James graduated from University of New South Wales having completed his Bachelor of Laws and Bachelor of Commerce in 1986. James commenced his practice in Kogarah in 1992 and laid the foundations for the current firm.

James has extensive experience in all jurisdictions and courts at both state and federal level, including the High Court of Australia, Supreme Courts, District Court and Local Court. James has also appeared before specialized tribunals including the CTTT, ASIC and AAT. James also has experience appearing before ICAC and has represented numerous clients in the Building Industry Royal Commission and NSW Police Royal Commission.

James is legal advisor to the Greek Orthodox Archdiocese of Australia, The Greek Consulate General in NSW, and the Greek National Tourist Organization. He is the Deputy Chairman of St Basil's Aged Care and is a member of the Australian Institute of Company Directors. James is a past and present chairman of various school, community and sporting groups. and was the Mayor of Kogarah Municipal Council in 1997 and 1998.

James is fluent in the Greek language.